The Best Brews To Avoid A Beer Gut Clawing your way back from holiday excess can be a difficult transition, especially when you’re trying to stick to a weight-related New Year’s resolution. Often this means easing up on some of your favorite goodies -- like beer. An obvious choice for beer-drinkers trying to limit themselves is to reach for the Light versions of mainstream brews like Miller (a favorite of ours for certain reasons) or Bud. But, if you’re reluctant to sacrifice flavor, there are some swell-tasting beers you can enjoy without undoing the effects of all those ab crunches. Here are some well-brewed, lower-ABV (Alcohol By Volume) and lower-calorie beers that won’t force your gut over your belt line. 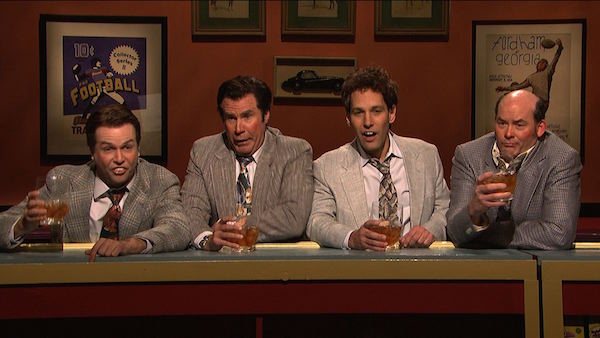 For those who want the flavor of an IPA without the heaviness, Founders All-Day IPA hits the sweet spot. It’s refreshing, mild and has enough hop flavor to please the palate. But at 4.7% ABV and just shy of 150 calories, you can loosen up without saturating that stomach.

An alternative Session IPA, but perhaps not as widely available or well-known as the All-Day, is the Easy Jack IPA by Firestone Walker Brewing Company in California. It offers an arguably more complex taste than the All-Day with fewer calories (135). With such a fine balance, this beer sizes up as a remarkable value.

Yet another easy-drinking IPA in the same line as the two preceding picks, The Boat Session Ale by Carton Brewing in New Jersey ships out great flavor. Backed by a unique blend of German Kolsch Yeast and American hops, you can expect a full-bodied taste. But with a mild 4.2% ABV and about 120 calories, you can drink up without capsizing.

Although it’s not exactly bikini season, Evil Twin’s Bikini Beer will keep your plans for a beach bod on track. With a remarkably low ABV of 2.7% and about 80 calories per 12-oz. can, it’s essentially a light beer. But it boasts a more satisfying, citrusy flavor than comparable light beers, so you won’t feel like you’re simply downing watery cereal.

The hearty coffee or chocolate notes featured in stout beers conjures up images of a toasty fireside, which is just what you want in the winter. Guinness Draught has been a malty stalwart since the eighteenth century, so it must be doing something right. Its dark body looks like it packs a punch, but only weighs in at 4.2% ABV, 10g of carbs, and 125 calories per 12-oz. serving (only 15 more calories than the same amount of Bud Light) so you can say sláinte (“health”) without all the irony.

Don’t want to get too fancy? Stick with the classics. Yuengling, founded in 1829, has the charming distinction of being America’s Oldest Brewery (which is a bit ironic considering that “Yuengling,” the Anglicized version of the founder’s surname “Jungling,” roughly translates to “youngster”). Yuengling also makes ice cream, but since you’re trying to keep your weight under control, be satisfied with their Traditional Lager. It’s not the sexiest choice on this list, but at roughly 140 calories and available at a reasonable price, it’s a reliable one.

Know of any other light beers we missed out on?  Please let us know in the comments.